A soldier who suffered devastating injuries in Afghanistan has started oxygen treatment to help his speech and memory. Lance Bombardier Ben Parkinson, 30, from Doncaster, was left brain damaged and lost both his legs after a bomb attack in 2006. He is undergoing hyperbaric oxygen therapy treatment at Castle Craig Hospital in Peeblesshire. BBC Inside Out was given exclusive access to the start of his treatment. Pilgrim Bandits, a charity for injured servicemen, is funding the therapy. The paratrooper, whose memory and speech were affected by the brain damage, will receive two treatments a day. The sessions involve breathing pure oxygen at higher than atmospheric pressures in an enclosed chamber. 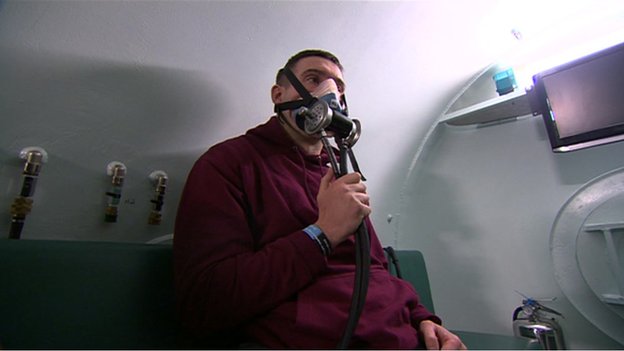