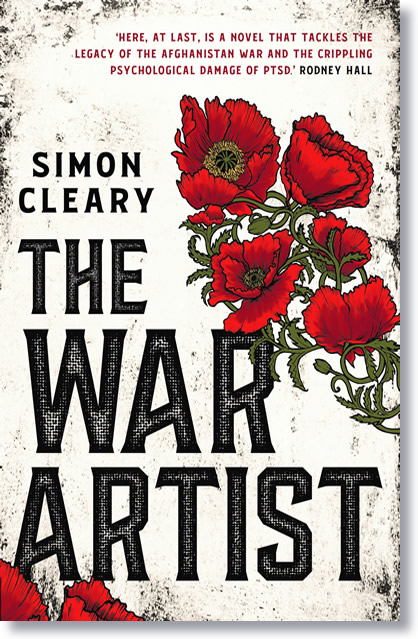 ‘Simon Cleary’s The War Artist is a magnificent novel – powerful, dark and compelling. I loved it.’ – Audie Moldre

James Phelan, brigadier general and frustrated warrior, feels driven to test himself by joining a patrol of Australian soldiers in Afghanistan. Is his presence a miscalculation? Where does the senior officer’s urge to experience the fighting rate against the needs of his higher responsibilities?

His wife Penny, a nurse and thereby a trained witness to human tragedy, has her own issues to deal with. Yet she subordinates herself, her career and her future to the needs of her husband. Does he ever see her and what she does for them both, or is she another item of collateral damage in the pursuit of his own ends?

When young Sydney tattooist Kira meets Phelan the encounter takes unexpected turns. Is he a man to be trusted or a tormented relic? Later when Kira’s life reaches a critical junction she must make a choice about Phelan. Is he a man to be counted on when the action begins or is he a fraud who has squandered the lives of others in a foggy, personal quest? Perhaps the defence chiefs think so.

From the Chora Valley to suburban Brisbane to the Australian bush, The War Artist unfolds with exquisite telling – detailed in motive, action and consequence, yet rapidly paced and unfailingly authentic. Simon Cleary maintains his eye for the main game throughout, as the actions of his players have profound consequences. This is a gripping novel and one that delivers a graphically human account of the damage of traumatic stress on the individual and the collective.

Simon Cleary’s story maintains its Australian identity, whether in the Chora Valley or the Queensland bush. We’re Aussies, our commitment of troop numbers to the war is relatively small, yet we punch above our weight. We are niggardly in relenting to the inevitable cost of war. We count our losses very personally, not as numbers but by names and stories. The truth of these stories is important to the soldiers. To their mates, the memories of those killed are not something to be spun off or be used by others for personal aggrandizement, or to cover personal failings.

The War Artist is a timely reckoning of the challenges arising from the modern battlefield. Body cameras worn in battle are double-edged weapons, their images and sounds passed around for examination and critique. When fielders in today’s cricket matches drop catches, they know that the video footage will be played over and over, the significance of the lost opportunity from any misfield magnified for the crowd. So it is with the scenes from a soldier’s body camera; but for the warrior, the judgments of others can be remorseless and deadly as Phelan and his fellow players learn.
Retired Major General John Cantwell asked in Exit Wounds whether the Middle East wars were worth the loss of a single Australian life and concluded that they were not.

Simon Cleary’s is a work of fiction and he stops short of making those calls. A damning and redeeming story, a rich collage of Australian experience, The War Artist is a symphony of language and Cleary a wonderful composer. 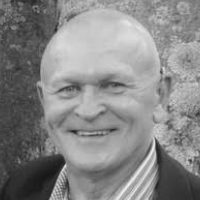 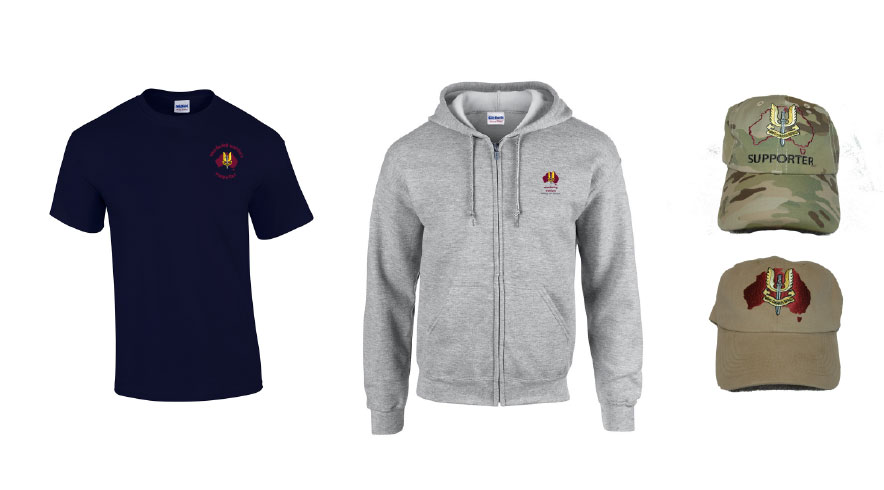 Help us to secure funds for the care and support of veterans and their families by purchasing our merchandise. All proceeds go directly to Wandering Warriors.