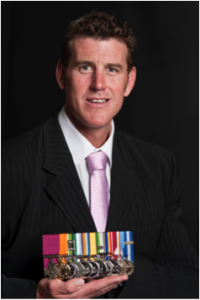 Ben Roberts-Smith served with distinction in the Australian Army and Special Air Service Regiment. His service spans over 19 years and included operational deployments to East Timor, Fiji, Iraq, Afghanistan, and the Middle East.

Since retiring from the armed forces, Ben has been a leading strategic adviser to Government and industry on a broad range of defence, security and personnel issues. In 2013 Ben launched his own consultancy, RS Group Australia and advised numerous national clients across a range of sectors in relation to corporate culture, strategic restructuring and change management. He focused extensively on assisting companies during change management processes and on helping industry to achieve the benefits of a high performance workplace culture.

In 2015 Ben was appointed Deputy General Manager of the Seven Network Queensland and in June that year was appointed General Manager. Ben’s contribution to Australia extends past his military service. He is also the Deputy Chairman of the Prime Ministers Advisory Council for Veterans Mental Health, Patron of The White Cloud Foundation, Patron of The SAS Associations’ Wandering Warriors and a National Ambassador for Legacy. 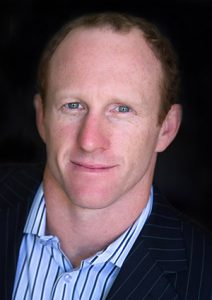 Mark Donaldson served with distinction in the Australian Army and Special Air Service Regiment. His service spans over 15 years and included operational deployments to East Timor, Iraq, Afghanistan, and the Middle East. Mark was also the Young Australian of the Year in 2010.

Mark has retired from service and is providing Strategic Advisory services to Boeing Defence Australia.