Have you ever wondered what it would be like to be in the SAS, whether you have what it takes to make and pass selection, how you’d fit into the occasionally glamorous but mostly spartan and seriously dangerous lifestyle? Grab a copy of Eleven Bats – many of your questions will likely be answered. Reality check: Eleven Bats is not a work of fiction but the daily norm of those SAS soldiers known collectively as ‘operators’.

The author, Anthony ‘Harry’ Moffitt, will not die wondering about life in the SAS. Harry leaves nothing in the shed as he describes the many highs and lows of his SAS career spanning three decades and multiple deployments to war zones in Timor Leste, Iraq and Afghanistan, where he planned and executed hundreds of combat missions. Harry uses his passion for cricket to introduce improvised matches whenever and wherever possible during periods of boredom, winding down from operational extremes, or to show a human face to the military and civilian communities of host nations. Cricket is a relaxation that brings enjoyment and laughter and breaks down differences.

Harry’s flash-mob style matches started with the passion of a cricketing tragic. That passion became a project and the project eventually became a book, one that is about far more than cricket. The eleven bats – spanning a lifetime of deployments – are adorned with the signatures of heads of state, dignitaries, friends and fellow operators, some deceased.

His story is told with open and at times brutal frankness. The man is a registered psychologist so we should be prepared for openness. His soul baring is often as therapeutic as it is revealing. Much easier to forgive yourself for stuff ups in your own life when you become aware of the magnitude of the traumas in someone else’s life, as narrated by the ‘internal commentator’ that pursues and taunts Harry at every turn, reminding him how worthless he is.

When the anxieties and traumas of a fellow human derive from decades of being blown up, constantly shot at, dealing with the aftermath of suicide bombings, planning and executing complex operational missions including freefall parachute insertions at night into the Hindu Kush, while wondering how your loved ones at home are faring, we might reasonably conclude that our own life issues are relatively low key. Indeed, the Special Operations Forces’ lifestyle is so far outside the usual human experience that it’s difficult to conceive of a comparison with ‘normal’ living.

Harry separated from the ADF in 2019. He is continuing a successful transition to civilian life, having launched his own Melbourne-based human performance consulting firm, Stotan Group, working alongside wife Danielle. His family still intact (albeit with some gaffer tape patches showing) and despite the years of service-related separations, Harry considers himself a lucky man. So many SAS marriages break down through the relentless demands of the unit’s operational tempo.

If you’ve absorbed Eleven Bats and are undeterred and still ready to give the SAS a try, you’re probably incorrigible, like the author. And women should not hold back either. Harry’s view is that looking forward, gender issues will fade and that female operators will earn their place in the SAS, a view that comes as no surprise to those of us who have been exposed to Harry’s unconventional mindset.

Eleven Bats is an inspirational and uplifting book that demonstrates there is light to be found in the darkest of human experiences if we look for it. To show there’s always more that can be done and while still serving, Harry started the Wanderers Education Program and his military rock band, The Externals: some of his lyrics are in the pages of his book. Then there’s the other love in his life, the Applecross Cricket Club, but for more of that you’ll need to buy Eleven Bats. 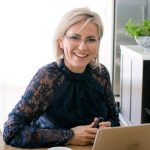 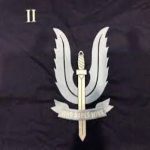 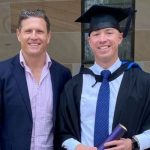